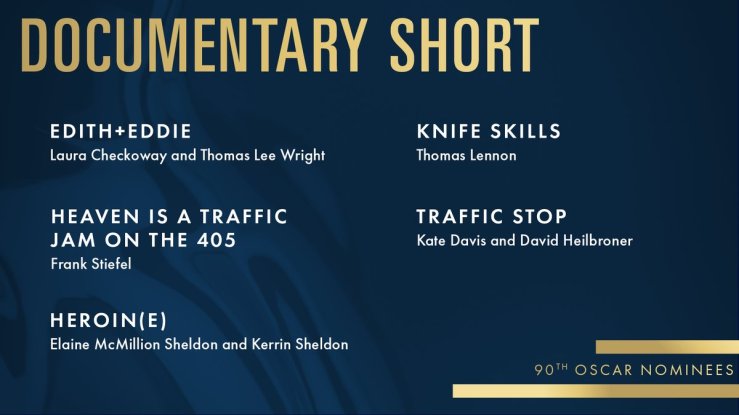 Three of the five short documentaries nominated for the Oscars were directed by women:

In the category of live action short film, there was one female nominee:

The shorts are playing in theaters in the weeks leading up to Oscar Night (March 4), and on February 28, all Oscar-nominated short films will be available for download via a variety of platforms. Meanwhile, “Heroin(e)” is streaming on Netflix, “Traffic Stop” is streaming on HBO, and “Edith+Eddie” is streaming for free, online on YouTube: