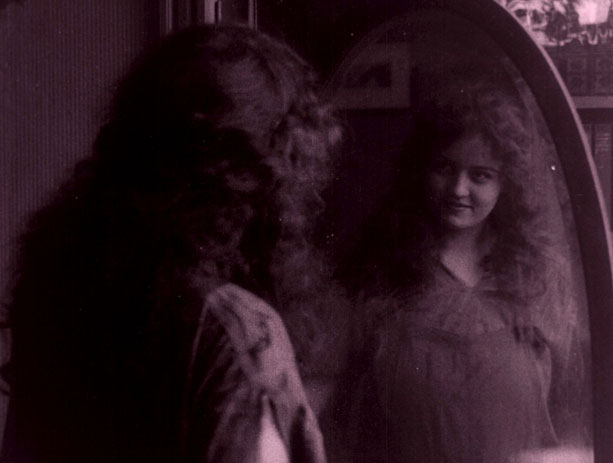 Since starting this blog,  I’ve been meaning to find out more about the life of one its namesakes: Alice Guy Blaché. I got a great jumpstart over the weekend, when I went to a screening of some of Blaché’s early films, included as part of BAM’s series devoted to female directors in the early days of filmmaking: Pioneers: First Women Filmmakers.

The screening I attended was introduced by film scholar Shelley Stamp. I’m going to borrow from her intro to give a little background on Blaché, who was not only the first known female director, but possibly the first person to make a narrative film. She directed her first movie in 1896, shortly after film equipment was invented. She also worked with sound films in 1905, long before they were developed for commercial markets.

Blaché began making movies in Paris (where she is from) but moved to the U.S. to open her own studio in Fort Lee, New Jersey. She was very successful on both continents, and directed hundreds of films in many different genres. Because Blaché — and many of the other directors included in this series — worked in the cinema in its earliest days, her work is hugely influential. Her movies helped to define what subjects and images we think of as being “cinematic.” Unfortunately, her small, independent studio was crushed by the rise of Hollywood and the studio system. Much of her work has been lost. Her name is mostly forgotten.

The program I saw included one feature film and four short films. The feature, “The Ocean Waif” was badly damaged, and parts of the film were missing. The shorts were in slightly better shape, and it was eerie to look back at the world, one hundred years ago. I tried to take in all the little details: the costuming, make-up, hairstyles, sets, and locations. I wish I could have heard the sounds of that world, but these were silent films, with title cards. (However, there was a lovely live piano accompaniment.)

In her introduction, Stamp warned us that some of Blaché’s humor would be at the expense of African-American actors, even as the program noted that one of the shorts was “the oldest known film to feature an all-black cast.” In terms of gender, Blaché was also prone to stereotypes, but in some ways she was ahead of her time, questioning  gender norms and ideas about marriage. One short was about a man engaged to a wealthy woman. The man loses his job, and decides he should call off the marriage because he can’t provide an income. The wealthy woman volunteers to support him, but he declines. She then devises a trick to make him think that he’s won a lot of money so that he will marry her. But the trick backfires in a way that shows how absurd the whole situation is in the first place.

In another short, a western, women are shown to be the ones in charge, the heroines who chase after criminals. In the ocean waif, the main character — the waif — is fleeing an abusive stepfather, and living by her wits in an old house. In general, Blaché’s female characters get a lot of screen time and their actions drive the story.

In the early days of film, it was common for women to direct. At some point — and I want to learn more about this — directing began to be thought of as a job for men, while women were shunted to less lucrative and/or powerful aspects of production like costume and set design. This is an old story, something that happens often with new technologies, including computer science. It’s fascinating and also a little depressing to consider how much influence someone as prolific as Blaché probably had — and how little it has been examined.