Recently, I’ve seen three really great movies directed by women, movies that everyone said were great and which I really wanted to see, but it took me a while to catch up to them — seven years in the case of one . . .

It’s heartening to see how well this one has done in the theaters. It was released mid-July and it’s still playing in many New York theaters. It is Wang’s second feature, a family drama about a young Chinese-American woman, Billi, who feels conflicted when she learns that her extended family living in China have decided to lie to her beloved grandmother, Nai Nai, about her health. Nai Nai is very ill and according to her doctor, dying of lung cancer, but Nai Nai’s sister tells her that she’s fine and will have a full recovery. Meanwhile, the rest of the family is told the truth. Nai Nai’s children are far-flung, having emigrated to the U.S. and Japan and so a plan is made to allow them to come back and say goodbye to Nai Nai: they pressure a younger member of the family to get married immediately so that there will be a wedding to bring everyone together. This makes for a very awkward family reunion. Everyone is sad but must pretend to be happy; meanwhile, there are long simmering tensions between the family members who have left China and the ones who remain.

I loved how attentive this movie was to family dynamics and how each family member  gets a moment and is allowed to reveal their perspective. There’s a low-key humor in every scene, and Akwafina is surprisingly, the perfect anchor. I’m used to her as a zany character but here she is observant and melancholy. The ending was stunning, and reminded me of the final scenes of Lady Bird, when Lady Bird returns to New York City and, without a quick series of images, you realize she has come to the end of a certain period of her life. 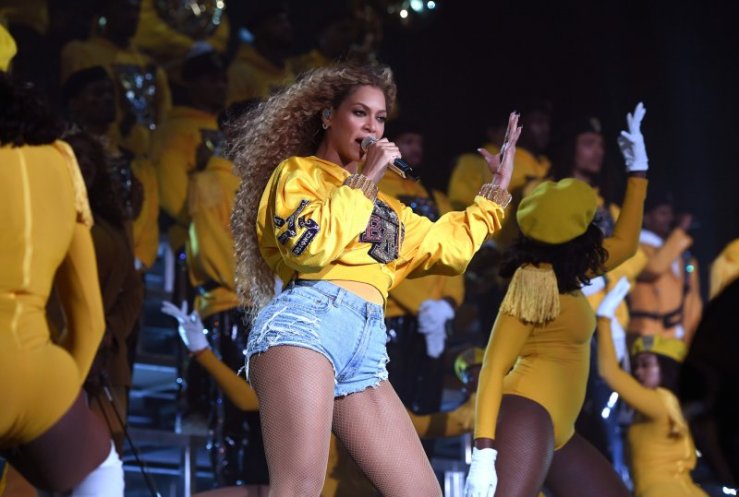 The concert film of Beyoncé’s landmark Coachella performance came out in April, and even though everyone raved and it was the subject of a thousand think pieces and podcasts, it took me a while to watch it because I wanted to wait to watch it with my son. But there never seemed to be a good night for him to stay up — it’s a long concert — and then I ended up listening to a lot of it, and watching clips online, so I felt like I had a good sense of it . . but the audio does not do it justice, because when I finally did watch it (without my son) I was blown away by Beyoncé’s vision. She basically staged a musical that showed for only two nights, a career retrospective that was also a tribute to HBCUs. The attention to detail was amazing, especially the costumes and choreography, which was created in collaboration with her dancers.

It was also interesting to see Beyoncé’s rehearsal process, which was interspersed with clips from both performances, mostly shown with voiceover from Beyoncé. It’s not a particularly revealing or detailed glimpse of what went into this concert, but you do get a sense of the casting considerations and dance rehearsals. 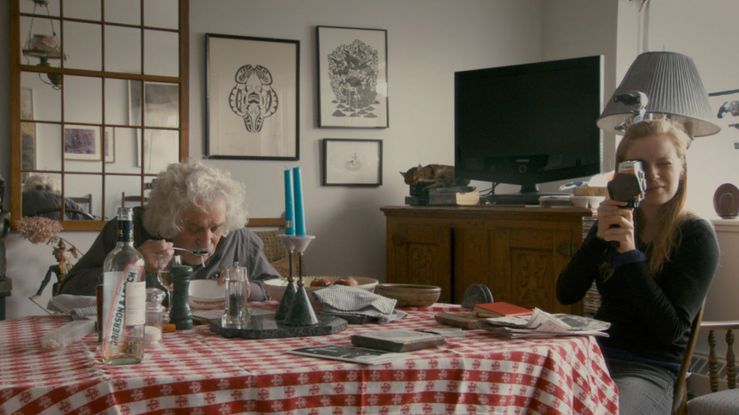 I’ve been meaning to see this one since it was released in 2012. It is about all my obsessions: memory, dead mothers, the line between fiction and autobiography, and who has the authority to tell which stories and why. I was recently reminded of this movie thanks to a New Yorker article about how DNA tests are changing our conception of paternity. Near the end of the article, the author mentions two recent artworks about this issue: Dani Shapiro’s memoir, Inheritance (which I loved and interviewed her about) and Polley’s autobiographical documentary, Stories We Tell.

Inheritance is about how Shapiro accidentally discovered, via an ancestry.com DNA kit, that her father was not her biological father. In Shapiro’s telling, the discovery of hidden family truths was a weird fluke: she hadn’t even bought the kit, it was her husband who got it, and she sent it away on a whim. For Polley, the discovery of her biological father is brought out by the larger mystery of her mother, who died when Polley was eleven. It’s through researching her mother’s life that she realizes she may have a different biological father.

Polley searches for her father by interviewing her father, older siblings, and her mother’s friends. Everyone has a slightly different way of talking about her mother, an intensely charming and energetic woman whose personal life was more complicated than she let on. Polley intersperses her interviews with still photographs and footage from home movies. Late in the documentary, you learn that some of the home movies are re-enactments — a reveal that Polley stages very cleverly, by showing footage of her directing the actress who plays her mother. In that moment you realize that your eye has played tricks on you, eliding the real and authentic. And it’s the perfect illustration of Polley’s larger insight about memory and autobiography, which is that we are all constantly editing and shaping the past, trying to make sense of our lives. It brought to mind that famous Joan Didion quote: “We tell ourselves stories in order to live.”