I’ve been neglectful of this blog because I finished a very rough draft of a novel and that took all my time for a few weeks. (Also, I’ve been freaking out about the climate crisis but that’s a post for another day — btw yesterday we set a heat record in NYC when it was 93 DEGREES IN OCTOBER.)  Amidst the artistic and existential meltdowns, I did manage to watch three new woman-directed movies:

To celebrate finishing a draft, Mike and I went out to see Hustlers at the Alamo Draft House. Although I’ve been aware of this movie since earlier this year, it wasn’t at the top of my list. After seeing The Big Short and Wolf of Wall Street, I felt like I was done with movies about Wall Street guys, even if this time it was from the perspective of the exotic dancers they socialized with. But then it got such great reviews and everyone was going nuts about J. Lo, saying that she was as good as she was in Out of Sight. So I went, I ordered a margarita, and . . .

I loved it! Everything everyone says about Jennifer Lopez’s performance is true. She’s such a star that it doesn’t even matter if you’re going in with high expectations. There is no way she’s going to let you down. There’s a scene early in the movie that is just immediately iconic, on the level with Marilyn standing over the sewer grate with her skirts blowing up. And I know I just said that Lopez’s performance is impossible to spoil with accolades but I will not describe the image. Just go to the theater and see it on the biggest screen possible.

The other star of this movie is Constance Wu, playing the ingenue who is taken under Lopez’s wing. That’s partly what makes the early scenes with Lopez so powerful: we’re seeing her through a younger woman’s eyes. Lopez plays Ramona, an aging pole dancer who still commands a room but knows her days are numbered. Wu plays Dorothy, a young woman just getting started as a dancer. The two realize that they stand to make a lot more money if they work together; Dorothy’s youth will attract more men, and Ramona’s experience will help them to pick the best customers. The arrangement works well until the financial crisis hits and Wall Street’s partying culture changes drastically. People stop going out, and stop spending ridiculous amounts of cash in the champagne room. Dorothy gets pregnant and leaves town. Everyone is broke.

Years pass, and the two women meet again in a NYC strip club. They team up again, but this time, Ramona has a new trick up her sleeve: she covertly drugs men and then runs up their credit card bills while they are blissfully knocked out. When they wake up, they are too embarrassed to report what happened to the police. Ramona justifies her stealing because the banks stole so much from American taxpayers. Dorothy goes along with it, reluctantly at first, but soon she’s helping Ramona to stay organized and expand the operation. Things get complicated when the two women start hiring other women and taking the men back to hotel rooms so that they don’t have to pay the clubs. Eventually, of course, they are caught and arrested, with Dorothy taking a plea bargain. Both feel betrayed by the other, and the movie doesn’t shy away from the complexity of their relationship, which is not as transactional as it initially seems.

The movie, which is based on a New York magazine article by Jessica Pressler, is told in flashback and is framed by a reporter’s (Julia Stiles) interviews with Dorothy and Ramona. Although the interview portions of the film were useful in keeping the story moving, Stiles was not convincing as a journalist. Her interview style was charmless and bland and I had a hard time believing that Dorothy and Ramona would have ever opened up to her. The one convincing element was the way the reporter was the line of communication between the two women, who stop speaking after their falling out. 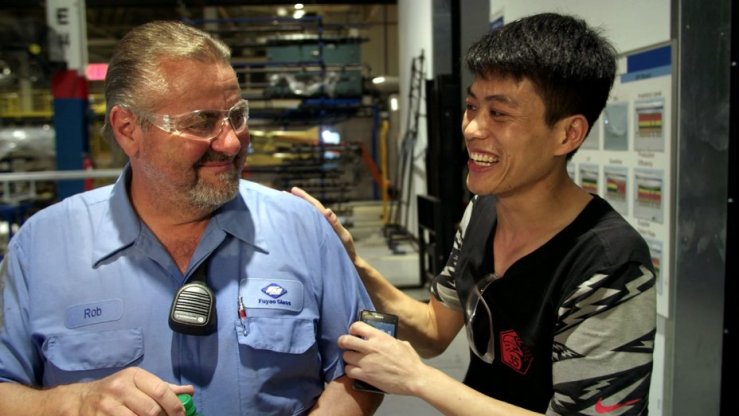 Switching gears completely, but actually now that I think about it, not so much, is the Netflix documentary American Factory, which also speaks to the post-Financial Crisis America, a place where people don’t have a lot of options to make a living, so they end up working in a factory earning 50% less than they did just a few years before.

American Factory follows what happens in an Ohio town when a Chinese company comes in to take over an old GM Factory. At first, it seems like a blessing for the community, which is underemployed after the shuttering of the GM factory. But if it’s a blessing, it’s a very mixed one. The new Chinese company is not union-friendly and actively fights against the American workers efforts to unionize to increase wages –which are woefully low — and benefits. I found myself taking the side of American workers in most scenes, but aside from the title, American Factory is admirably neutral in its depiction of both American and Chinese points of view. Somehow — maybe just by hanging around — the filmmakers secured interviews with Chinese and American workers at every level, from people on the factory floor, to mid-level managers, to the billionaire who is financing the entire project.

American Factory is the first project that Barack and Michelle Obama have produced as part of their new Higher Ground company, and it seems, very much, like the kind of story that the Obamas like to tell: it’s a very place-specific, people-forward story that also reveals a lot of about the global and corporate forces that are having a dramatic effect on all of our lives, even if we don’t always understand how. 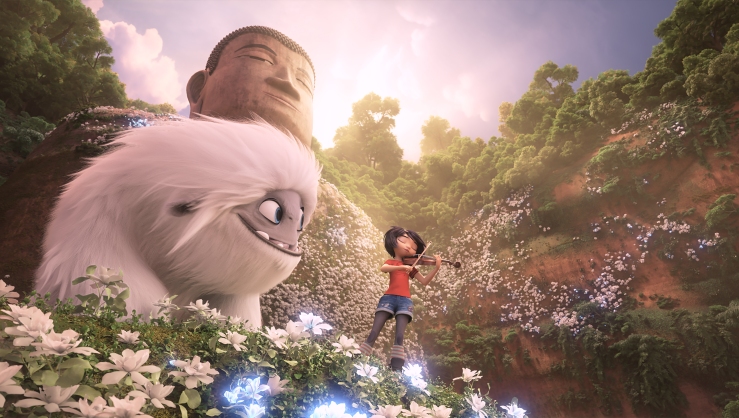 Okay, last movie: I went to see this with my son and his friend earlier this week when we had a day off of school. The theater was packed with children and now I think this may be the optimal way to watch kids’ movies — as long as you can put up with the drama of children loudly shushing each other and/or asking questions out loud, e.g. “Is her father dead?” “Are those the bad guys?” “Abuela, please can I have some popcorn?”

The kids really liked this movie and I did, too. It’s about a teenage girl, Yi, who is mourning her father when she discovers an escaped baby Yeti living on her roof. In an attempt to save the Yeti from the devious scientists who captured him, Yi sets out on a journey to take him back to his home on Mt. Everest. Her cousins come along for the ride, more or less by accident. It turns out that the Yeti has superpowers, which come in handy when the kids are being pursued by the evil scientists. Lessons are learned and Yi learns how to get in touch with her grief. While it’s not the most wildly original movie, story-wise, I appreciated how whimsical the visuals were.  It reminded me a little of A Wrinkle in Time, because there were some really stunning and kind of far-out sequences of blooming flowers and undulating landscapes, and also because it was about a girl who misses her close relationship with her father. My son has been talking about it for the last couple of days, so I have a feeling he’ll watch it multiple time when it comes out on video — and what better recommendation can you get than that?