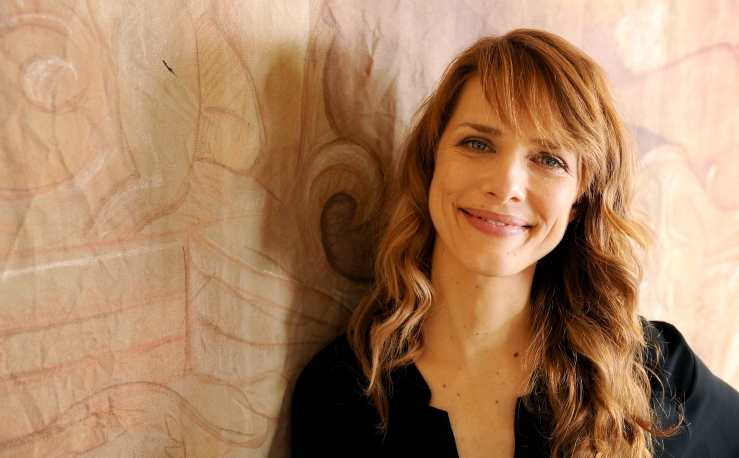 Director Lynn Shelton died on Saturday and it hit home for me, for a lot of reasons. First: I really liked her movies, and reviewed two of them on this blog: Sword of Trust and Outside In. They were mellow, lived-in, gentle, kind, and deeply humane. Her characters felt real and her stories always had an interesting shape. She also directed a lot of TV shows I watched, including GLOW, Love, The Good Place, The Mindy Project, New Girl — to name just a few. She came to directing late in life, at age 39, but then she was prolific, directing eight feature films and numerous television shows. She was one of those directors I watched out for; I felt like her best work was ahead of her. I can’t believe she’s dead. She was only 54.

My mother died at the same age, so there was a resonance that felt particularly haunting. The older I get, the younger 54 seems, not only for the vain reason of not wanting to feel “old” but also the understanding that there is an accumulation of knowledge, experience, and memories that is valuable and disappears when a person dies. When you lose an artist like Shelton, you lose their very particular vision and aesthetic, their way of seeing the world. Shelton’s movies always felt so personal to me, like she was searching for something. I wanted her to keep searching, keeping looking until she was an old lady. She seemed like she would have been one of those filmmakers who keeps working well into her 70s like Claire Denis or Agnes Varda.

To mourn Shelton, I listened to her 2015 interview with Marc Maron, who was her romantic partner in the last year of her life. But in the interview, they are meeting for the first time. I am tearing up even as I write that sentence because it was so emotional to look back to when they first met. The drama of their relationship was a very low-key note on his podcast, but it’s been there for the past few years, and you probably noticed it if you were a regular listener. I’m a big fan of Maron’s show and have been listening for ten years so I definitely noticed that he mentioned her a lot–or at least more than he mentioned other guests. He worked with her on various creative projects and whenever he said her name, he sounded so happy. I always thought, they should go out! When they finally did start dating, I felt relieved, which I know is ridiculous, considering I didn’t know either of them. But I just felt like they should be together.

When I heard that she had died suddenly, I immediately thought of Marc. I knew he would be devastated. And he really is. He reposted his 2015 interview with some commentary at the beginning and end. It was almost harder to listen to the 2015 interview than his grief-stricken commentary, because she sounds so vital and happy. You can’t believe she’s dead. You can also hear, in the interview, how she and Maron are hitting it off. He draws her out and gets her to discuss some of the difficult things she’s dealt with in her life, and why it took her so long to come to filmmaking. At the end of the episode, she talks about the fragility of life and Marc starts getting choked up — this is back in 2015. If you’ve listened to the show, you know it’s not super-unusual for Marc or his guest to cry during his interviews but hearing it now was eerie. It was as if he had some sense of the future.

Anyway, I’m going to miss this woman that I knew through movies, TV, and a podcast. In the next couple of months, I’m going to catch up on her earlier movies that I haven’t seen, which is something I’ve been meaning to do for a while. I just wish that her death hadn’t been the catalyst.