While Hollywood fights the streaming wars, almost everyone I know is completely and utterly confused about what is available to watch online and where to find it. Even I have trouble finding things, and while I would never argue that I’m particularly in-the-know, I do follow industry news, and I’m in touch with a variety of publicists about new releases. I also keep a running list of upcoming movies directed by women, which requires some research and digging. And yet, it took me ten minutes to figure out where I can watch Julie Delpy’s new movie, My Zoe, which releases in theaters February 26. I’m still confused about whether or not I can see it at home. It doesn’t look like it’s playing in virtual cinemas, and there’s no information about when and where it might be available for rental or streaming. I’m interested in reviewing this movie, but I’m not sure what the point is, if no one will be able to watch it. It would make more sense to wait until the movie has a streaming date, but what is the streaming date? Why doesn’t it say on the movie’s website? Is it that they don’t yet have a streaming date and/or platform? Or are they holding back the information because they feel it would be inhibiting to someone who is considering seeing it in theaters?

END_OF_DOCUMENT_TOKEN_TO_BE_REPLACED

Recently I’ve been wondering if I’m a critic or an activist, and where is the line, and is it possible to be both, or does activism undermine criticism? This blog obviously has an activist bent: I want people to make an effort to see more movies by women, in order to support women’s artistic careers. My criticism is colored by this desire, although I hope that bias is limited to my choice of review subjects. I’m not grading women on a curve. (Although I do grade a debut on a curve, male or female.) If it’s not obvious, I do continue to see movies by male directors, I just don’t review them on this site.

The truth is, I don’t see myself as either an activist or a critic. Of the two labels, I’m much closer to critic, but as a writer, I’m most comfortable writing fiction. As a movie critic, I tend to analyze film from a literary point of view, because I feel I have a good understanding of how a story is put together. I also enjoy writing about acting and costume design, because these are subjects I’ve paid attention to since I was a little kid. But it has taken me a long time to analyze the more technical aspects of filmmaking, things like camera angles and sound design. I’ve also never studied film formally. So, I often feel like an amateur when I write about it. Does every critic feel this way, or is this just an example of imposter syndrome–a species of self-doubt tends to afflict women more than men?

It’s hard for me to separate my criticism from an activist impulse because I doubt I would have taken the leap to writing about film if not for the Harvey Weinstein scandal. I knew the industry was hard on women, and I knew that most film critics were men, but I didn’t realize the extent of the damage to women’s careers and artistry. And, as cheesy as it sounds, another big inspiration was seeing Rey in the Star Wars films. I’ve told this story before, but I was seated next to a little girl at the screening of The Force Awakens and she was so shocked and delighted to see a girl as the lead that I felt kind of sad. She wasn’t that old–maybe 5?–and already she was conditioned to expect a boy at the center of a movie.

A lot of these thoughts were stirred up by This Changes Everything, the documentary that I reviewed yesterday. It’s taken me a while to gain confidence as a movie critic, and I often doubt myself, but I have to remind myself that I’m here because not enough women are writing about movies. And I’m staying here, because after a two-year media diet, in which I made sure that the majority of what I watched was written or directed by a woman, I have a lot more to say. When you bring the female gaze into your life, it changes you. I feel I can see more clearly the biases in the film criticism, and in the industry in general. I’ll be writing more about that in the coming months, and hopefully publishing my work in some larger venues. But this blog will remain my home base, my sketchbook, my first draft.

We’re well into 2019 and I’ve barely watched any movies because my kids have been so sick. January was a festival of viruses, a nasty cold that just never left and then, last week, when the last of the phlegm departed, my baby brought home a novel stomach flu that incubated for about 36 hours before hitting me, my husband, and my first-grader in six-hour intervals.

I feel like this is the third or fourth time I have written about illnesses, so at this point it is a leitmotif of this blog and probably warrants its own tag.

When Under The Tuscan Sun came out in 2003, I was 25, and I remember kind of wanting to see it, but feeling that it was for older women. That feeling didn’t always stop me from seeing movies I wanted to see–for instance, I sat in a theater of seventy-somethings watching the 2004 Cole Porter biopic De-Lovely–but in this case, I think a part of me thought I should save this movie for a time in my life when I needed it.

Well, my two readers, that time has come. I’m 40, and I spent the past six weeks cooped up in a virus-ridden apartment with two small children and an unfinished novel manuscript. (The second unfinished novel to take up residence in my laptop in the past few years.) One night, I was perusing HBO’s offerings and I saw beautiful Diane Lane and a bouquet of yellow sunflowers. I thought, that is exactly what I need: Diane, flower gardens, Tuscany, and a serious real estate makeover.  END_OF_DOCUMENT_TOKEN_TO_BE_REPLACED

I got sick again, which is what happens when you live with a five-year-old who brings home a fresh batch of germs every day. Also, it’s March in NYC, a miserable season when everyone collectively wonders why they pay such high rents to live in a place with consistently terrible weather. It’s the one time of year when New Yorkers admit that the weather is usually awful. It’s true: there are about 15-20 beautiful days, tops, and yet New York imagines itself to be a place with mild, sunny spring days and crisp fall afternoons. I blame all the movies set in New York, which do not convey the bitter winds, flash flooding, fallen branches, pot holes, sleety rains, and white-gray overcast skies that appear in winter and summer.

I had plans to see A Wrinkle in Time, but they were foiled by my cold, the weather, and my son, who came down with an ear infection. Instead I watched two movies from my own childhood: Mermaids and Beaches. I had a craving for them. END_OF_DOCUMENT_TOKEN_TO_BE_REPLACED 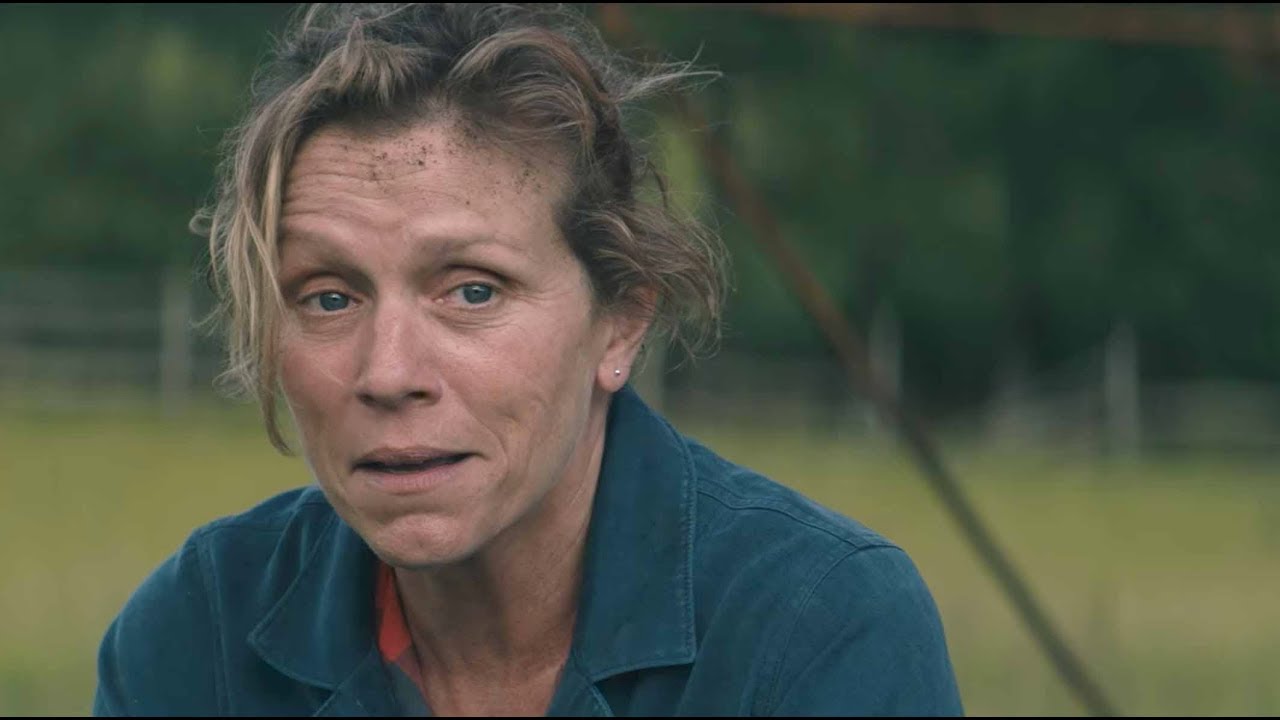 Lately I’ve been feeling conflicted about how much I enjoyed Three Billboards Outside Ebbing, Missouri. Having read a lot of the critical backlash, I can now see how writer and director Martin McDonagh’s engagement with racism is glib and manipulative. But I have to admit that while watching Three Billboards, the only thing I perceived as seriously off-key was the setting. I kept thinking it was set in some small western town, near a coast, but then a character would say something about being in “the south” and I would have to recalibrate. More than once, I had to remind myself of the film’s title in order to get my bearings. This admittedly, is a pretty big problem for a film to have, but I felt like the whole thing was made coherent—or at least was made to seem coherent—by Francis McDormand’s leading performance. END_OF_DOCUMENT_TOKEN_TO_BE_REPLACED

With the Academy Awards coming up this Sunday, I’ve been thinking about my acting picks and wondering why we separate the awards between male and female actors. I’m embarrassed to say that I’ve pretty much taken this tradition for granted and accepted it without examination. But the more I think about it, the more it seems strange to divide the field in this way. I don’t think anyone would argue that men and women practice the craft of acting in markedly different ways, or that men or women are naturally better at acting, giving one sex an advantage over another. There’s also the question of where actors who identify as gender non-binary would fit into these categories. END_OF_DOCUMENT_TOKEN_TO_BE_REPLACED