To All The Boys: P.S. I Still Love You (2020) ★★1/2
Directed by Michael Fimognari
Written by Sofia Alvarez and J. Mills Goodloe, based on the novel by Jenny Han

It’s not a good sign when, watching a sequel, you begin to wonder what it was you liked about the original material. I went back to my review of To All The Boys I’ve Loved Before  and saw that I compared it to the Great British Baking Show — high praise, indeed! I was new to the world of Lara Jean and thought there was something sweet and unpretentious about her character. I also really liked Lana Condor, the actor who plays Lara Jean. She’s just as delightful in this sequel, but she can’t rescue the material, which gets bogged down in a lot of high school logistics and relationship drama. Also — and it pains me to say this, because he’s like a Mark Ruffalo Jr. —  but I think this second installment reveals the limits of Noah Centineo’s acting abilities. He’s perfectly cast as the unattainable love object in the original, but as a real person in a relationship, he comes off as a shallow performer. He just can’t convey the complexity and vulnerability that is needed.

END_OF_DOCUMENT_TOKEN_TO_BE_REPLACED

For a few years, my friends teased me because one evening in 2009, after I’d been writing for a few days and hadn’t paid much attention to the news, I asked if anyone could fill me in on whatever it was that had happened between Kanye West and Taylor Swift earlier in the week. Um, yeah. They could fill me in. Pretty much anyone I talked to at the bar could have filled me in at that point. I’d thought I was bringing up a piece of light gossip, but my friends quickly informed me that this was a world historical Internet Event, one so engulfing that even President Obama had weighed in.

END_OF_DOCUMENT_TOKEN_TO_BE_REPLACED

I have friends who cried their way through Greta Gerwig’s Little Women, and I expected that I would, too, but I spent much of my first viewing in a state of mild agitation. I had re-read the novel a few days before seeing the film, and was distracted as I tried to figure out the mechanics of Gerwig’s complex temporal structure. Little Women was originally published as two books: Little Women and Good Wives, and Gerwig braids together these two volumes, going back and forth between past and present. As with Gerwig’s debut feature Lady Bird, the pace is galloping. Not only are there two separate timelines, Gerwig cuts rapidly between characters and locations within each timeline.

Clemency looks closely at the bureaucratic processes and day-to-day workplace politics behind the administration of the death penalty. In doing so, it powerfully argues that the death penalty is psychologically cruel to the prisoners who receive it as a sentence, the prison workers who carry out the executions, and even the families of those victimized by crime. It’s one of the most intellectually engaging movies I’ve seen over the past year, one that forced me to sit with a lot of difficult questions that went beyond whether or not the death penalty should exist.

The movie opens on the evening of an execution, overseen by the prison warden, Bernadine Williams (Alfre Woodard). Warden Williams is pensive as she manages the people who will join her in the execution room: a priest, a security officer, her deputy, and a medic who will give the convicted man with a lethal chemical injection. Everyone seems tense as they strive to follow set procedures. When the medic has difficulty finding a good vein, the injection goes shockingly wrong, resulting in a cruel, painful death that leaves everyone shaken.

END_OF_DOCUMENT_TOKEN_TO_BE_REPLACED 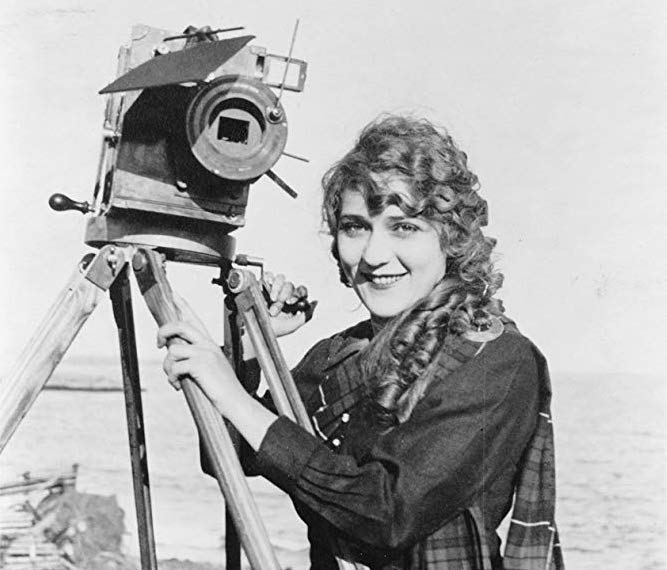 Here we are, on the very last day of the year, and I have for you my five favorite woman-directed movies of 2019. I was worried that this post was hopelessly late, but then I checked last year’s list and saw that I didn’t write it until January 21, so I’m actually ahead of myself. The truth is that many of the best movies come out during the last few weeks of December, so unless you have screeners, it’s hard to draw up lists like these before the year is over.

Over the past year, I saw 29 new movies directed or written by women, and 18 new movies directed and written by men. With only 29 movies to choose from, I decided to choose only five favorites — which meant I had to leave Little Women off the list. Which was surprising! With all the buzz, I thought for sure I’d adore it, but I’m not sure I like it any better than the 1994 version. I have more to say on that, and will be reviewing it for The Common, but I wanted to give it an honorable mention. Two other movies that also deserve a shout-out are Atlantics and The Farewell.

Before I dive into the list, I want to mention several movies that I didn’t get a chance to see that might have made the list: Fast Color, One Child Nation, Hail Satan?, Little Joe, and Varda by Agnès.

Okay, with those caveats out of the way, here we go, in no particular order, my favorite woman-directed films of 2019 . . .

END_OF_DOCUMENT_TOKEN_TO_BE_REPLACED

Wow, this month has gone by quickly. I’ve spent the last couple of weeks catching up on movies in order to vote for the OAFFC awards and also to compile my own list of year-end favorites. I’m holding off on sharing that because I haven’t yet seen Little Women, and from all the advance raves, I have a feeling it might make my list. We’ll see. In the meantime, here are some brief reviews of three movies I saw recently . . .

I heard someone describe Atlantics as a zombie movie, but it’s more like a ghost story. Really, it’s a love story, with a classic structure that follows two clandestine lovers who are briefly together only to be torn apart. They spend the rest of the movie trying to find their way back to each other. The story is set in an unnamed port city in Senegal, where a giant, futuristic glass-and-steel tower is under construction. The film opens upon a group of angry construction workers, who have stormed their foreman’s office to complain about three months’ of wages still owed to them. They set off to Spain in search of paying work, only to drown in the Atlantic Ocean. One of the lost sailors is Souleiman, the secret boyfriend of a young woman, Ada, who is engaged to marry a wealthy businessman, Omar. When Souleiman reappears on Ada’s wedding night, a series of strange, supernatural events are set into motion.

END_OF_DOCUMENT_TOKEN_TO_BE_REPLACED

Thelma and Alice
Blog at WordPress.com.