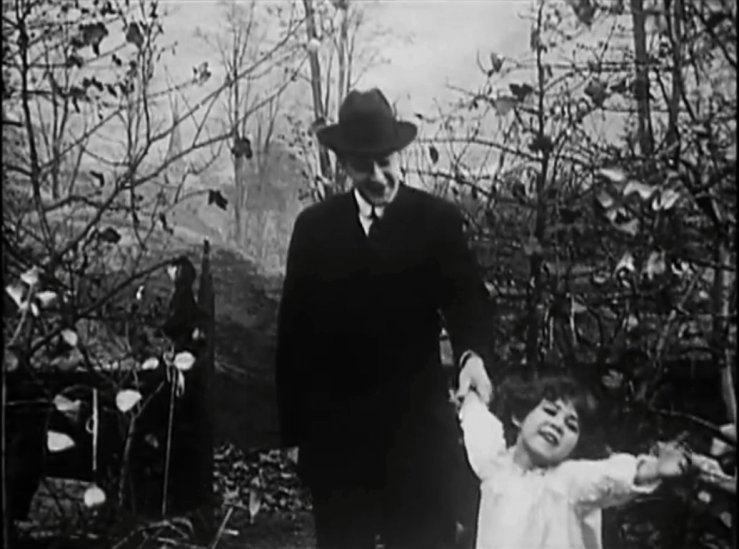 The other day I discovered, quite by accident, that Alice Guy Blaché’s short film, “Falling Leaves” is based on the O. Henry story “The Last Leaf.” I was reading Meg Wolitzer’s editor’s introduction to 2017’s Best American Short Stories, and she mentioned that her favorite O. Henry story was about an artist who convinces a girl suffering from pneumonia that she will survive. The girl believes that she will die when the last leaf falls, so the artists paints an incredibly life-like leaf outside her window. It never falls, and the girl survives through sheer belief. But — and here’s the O. Henry twist — the artist dies from standing out in the cold and taking all the time to paint the leaf.

Initially I thought, hmm, did O. Henry see the Blaché film about the girl who ties leaves to a tree in a vain effort to save her sister, who is dying of tuberculosis? But I checked the dates and O. Henry’s story was published in 1907 while Blaché’s film was released in 1912:

Then I did some googling and sure enough, Wikipedia already has it covered:

The plot of Falling Leaves owes elements to the O. Henry short story “The Last Leaf” (1907). The child hero is a recurring theme in Guy-Blaché films; the first film produced by Solax, A Child’s Sacrifice (1910), which also starred Magda Foy, is another example.

It’s just a little thing, but I thought it was a fascinating glimpse into Blaché’s creative process. By the way, you can watch the original film, “Falling Leaves” for free on Kanopy as part of the program, “Three Films by Alice Guy Blaché.”