Recently, I’ve seen three really great movies directed by women, movies that everyone said were great and which I really wanted to see, but it took me a while to catch up to them — seven years in the case of one . . . 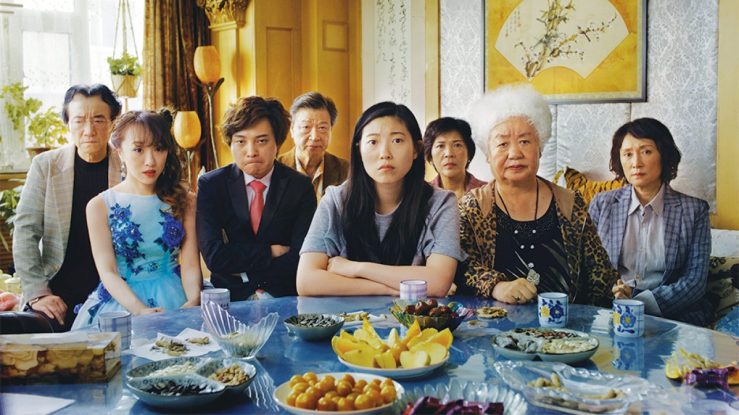 It’s heartening to see how well this one has done in the theaters. It was released mid-July and it’s still playing in many New York theaters. It is Wang’s second feature, a family drama about a young Chinese-American woman, Billi, who feels conflicted when she learns that her extended family living in China have decided to lie to her beloved grandmother, Nai Nai, about her health. Nai Nai is very ill and according to her doctor, dying of lung cancer, but Nai Nai’s sister tells her that she’s fine and will have a full recovery. Meanwhile, the rest of the family is told the truth. Nai Nai’s children are far-flung, having emigrated to the U.S. and Japan and so a plan is made to allow them to come back and say goodbye to Nai Nai: they pressure a younger member of the family to get married immediately so that there will be a wedding to bring everyone together. This makes for a very awkward family reunion. Everyone is sad but must pretend to be happy; meanwhile, there are long simmering tensions between the family members who have left China and the ones who remain.

I loved how attentive this movie was to family dynamics and how each family member  gets a moment and is allowed to reveal their perspective. There’s a low-key humor in every scene, and Akwafina is surprisingly, the perfect anchor. I’m used to her as a zany character but here she is observant and melancholy. The ending was stunning, and reminded me of the final scenes of Lady Bird, when Lady Bird returns to New York City and, without a quick series of images, you realize she has come to the end of a certain period of her life.