I’m calling it: Herself is the first movie of the Biden Era. It’s empathetic, kind, and emotionally direct. It’s the kind of movie where characters say things like, “you impress me so much.” It would not have been out of place for anyone to remark, “Here’s the thing about life: there are some days when we need a hand and there are other days when we’re called upon to lend one.” Set in Ireland, Herself centers on a single mother, Sandra, who needs help starting over after leaving an abusive marriage. Her employer, friends, and acquaintances quickly come to her aid, volunteering to help her build a house for her and her two young children. It sounds corny, but isn’t in the least, because director Phyllida Lloyd makes room for the complexity of abusive relationships, as well as the lingering psychological and physical trauma. This isn’t a story where everything is okay in the end, but it is one where people are decent and kind to one another, and do their best to fix what is broken and heal one another.

END_OF_DOCUMENT_TOKEN_TO_BE_REPLACED

This was a good year for female directors. The cynical part of me wants to say that’s because the studios were more likely to release movies made by women in a year of cutting losses. But it may also be the result of efforts to boost equity in the wake of the Weinstein revelations, which occurred in late 2017. If a lot of female-directed/produced movies picked up for distribution after premiering at 2018 and 2019 film festivals, the majority of those titles would start coming out in 2020.

When I was writing this list, I wasn’t sure what should count as a 2020 movie, since the Academy Awards have been pushed back to April. Ultimately, I decided only to include movies that were available via VOD in 2020, so this list doesn’t include some big titles like Regina King’s One Night in Miami and Chloe Zhao’s Nomadland, although I plan to catch up with them when they are released later this month and in February. This list is a reflection of my year, and what I was able to watch on streaming platforms, “virtual” cinemas,” and via screening links. It’s probably a little quirkier than my previous best of lists in 2018 and 2019, but this was an odd year, and I’d guess that the next couple of years are going to continue to be unpredictable as Hollywood figures out what movie-going looks like in a post-COVID world.

END_OF_DOCUMENT_TOKEN_TO_BE_REPLACED

I finished revising my novel a few weeks ago and since then I’ve been catching up on 2020 releases. There are so many 2020 female-directed movies that I want to still want to watch that I divided the remaining titles into three categories: Must See, Should See, and If Time. Theoretically I was going to start with the Must See list but I ended up watching two from the If Time category, including Summerland (pictured above) and The Glorias, and was pleasantly surprised by how much I enjoyed them both. Below, you’ll find reviews of those two, as well as five other recent movies . . .

END_OF_DOCUMENT_TOKEN_TO_BE_REPLACED

Early in quarantine, I subscribed to the Criterion Channel with the optimistic thought that I would have more time to watch old and obscure movies. But it took me a while to turn away from the news and Netflix’s latest offerings. At some point, however, a nostalgic desire for the past crept in. I started perusing Criterion. Losing Ground wasn’t the first thing I watched, but it was the movie that got me hooked on the channel, for the way it brought me into what felt like a lost world.

Read the rest over at The Common…

I’m reposting this movie calendar, since a lot of the release dates have shifted over the past couple of months. The blockbusters and big-budget pictures have been delayed, but many independent films are having digital premieres. I’m hoping to catch with some of them over the next few weeks . . .

In the meantime, here’s my ongoing list of 2020 movies written or directed by women. These are mostly narrative films, but I’ve thrown in some documentaries, too. I’ve included specific dates when available, and some color-coding to help make sense of all the postponements and streaming changes due to quarantine.

END_OF_DOCUMENT_TOKEN_TO_BE_REPLACED 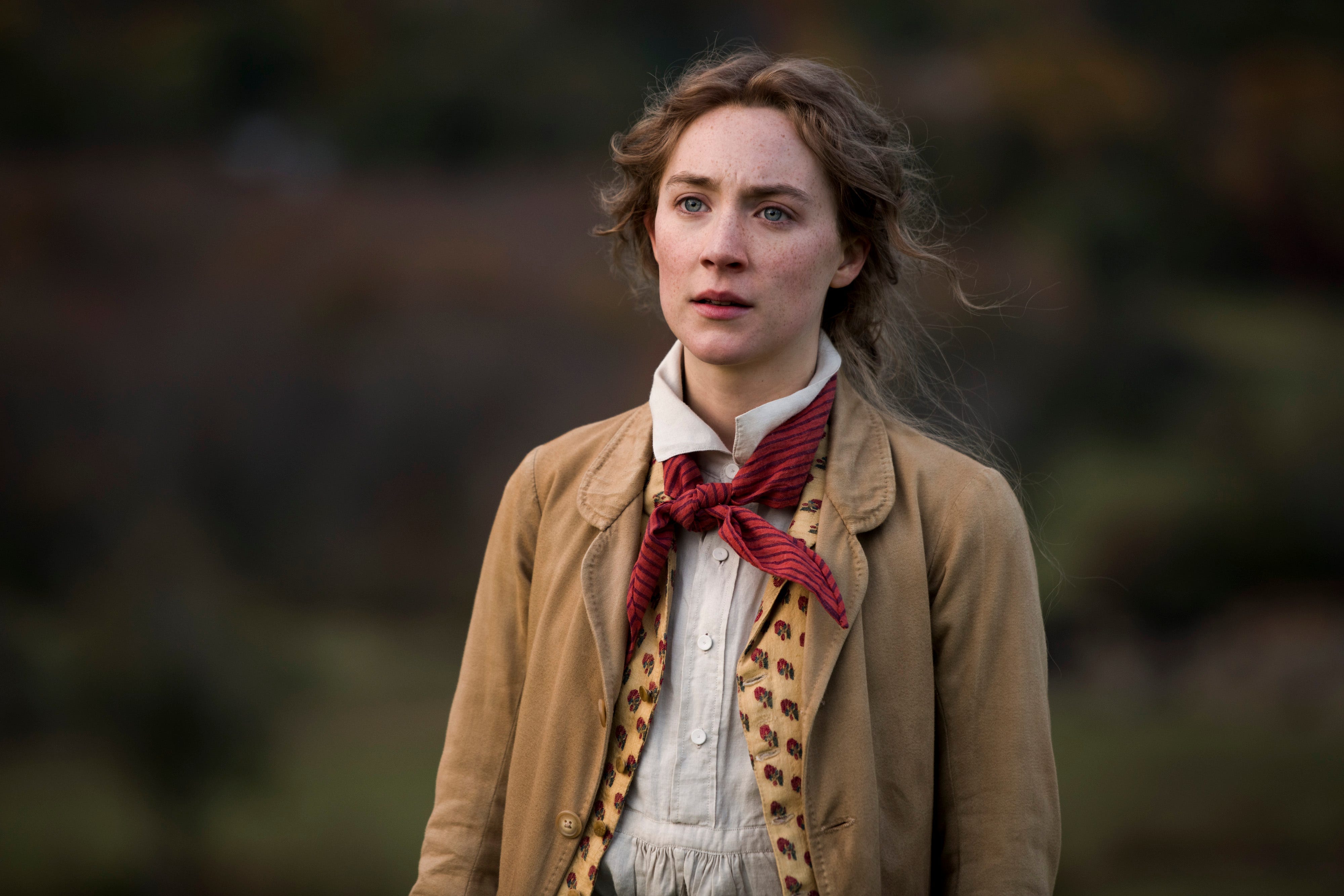 I have friends who cried their way through Greta Gerwig’s Little Women, and I expected that I would, too, but I spent much of my first viewing in a state of mild agitation. I had re-read the novel a few days before seeing the film, and was distracted as I tried to figure out the mechanics of Gerwig’s complex temporal structure. Little Women was originally published as two books: Little Women and Good Wives, and Gerwig braids together these two volumes, going back and forth between past and present. As with Gerwig’s debut feature Lady Bird, the pace is galloping. Not only are there two separate timelines, Gerwig cuts rapidly between characters and locations within each timeline.

This is a ongoing list of 2020 movies written or directed by women, mostly narrative films, but I’ve thrown in some documentaries, too. I’ve included specific dates when available, but as you’ll see, there are many movies at the bottom of my list that are slated for 2020 but don’t yet have release dates. I’m sure I’ve missed some titles, so if you have any suggestions, please leave a comment.

Last updated: 4/23/20, I added color coding to help me make sense of all the postponements and streaming changes due to quarantine.

RED = postponed or unknown (to me) release date
GREEN = premiering on video on demand and drive-in theaters
BLUE = originated in theaters, now streaming or will soon stream on paid platforms
PURPLE = originated on streaming subscription platforms

It may be that in a few weeks this color-coding will be obsolete because everything will just have a new streaming release date. Or it could be that I’ll have to have a new color for movies that are postponed but will be released in theaters in the fall.

END_OF_DOCUMENT_TOKEN_TO_BE_REPLACED 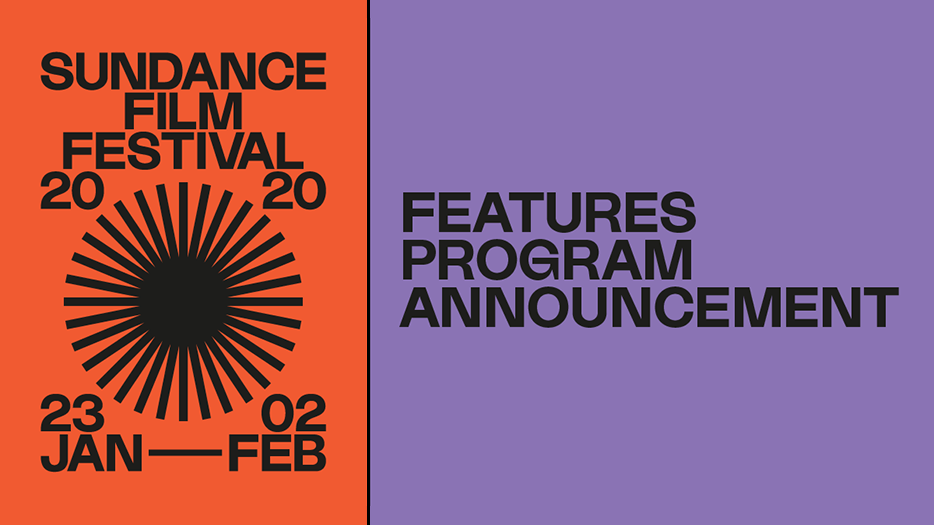 In writing this blog, I’ve learned that the best way to find new female-directed films is by checking out film festival programs, especially Sundance, where a lot of movies get picked up for distribution. (Though I must admit it’s been disappointing to see the number of films that never get picked up.) For my 2018 and 2019 lists of female-directed films, I incorporated Sundance selections into my list of January releases, deleting them as they found distribution later in the year. This year, I’m going to keep the Sundance releases separate, in part because so many of the selections on the 2020 program are directed or written by women.

END_OF_DOCUMENT_TOKEN_TO_BE_REPLACED

Clemency looks closely at the bureaucratic processes and day-to-day workplace politics behind the administration of the death penalty. In doing so, it powerfully argues that the death penalty is psychologically cruel to the prisoners who receive it as a sentence, the prison workers who carry out the executions, and even the families of those victimized by crime. It’s one of the most intellectually engaging movies I’ve seen over the past year, one that forced me to sit with a lot of difficult questions that went beyond whether or not the death penalty should exist.

The movie opens on the evening of an execution, overseen by the prison warden, Bernadine Williams (Alfre Woodard). Warden Williams is pensive as she manages the people who will join her in the execution room: a priest, a security officer, her deputy, and a medic who will give the convicted man with a lethal chemical injection. Everyone seems tense as they strive to follow set procedures. When the medic has difficulty finding a good vein, the injection goes shockingly wrong, resulting in a cruel, painful death that leaves everyone shaken.

END_OF_DOCUMENT_TOKEN_TO_BE_REPLACED

Here we are, on the very last day of the year, and I have for you my five favorite woman-directed movies of 2019. I was worried that this post was hopelessly late, but then I checked last year’s list and saw that I didn’t write it until January 21, so I’m actually ahead of myself. The truth is that many of the best movies come out during the last few weeks of December, so unless you have screeners, it’s hard to draw up lists like these before the year is over.

Over the past year, I saw 29 new movies directed or written by women, and 18 new movies directed and written by men. With only 29 movies to choose from, I decided to choose only five favorites — which meant I had to leave Little Women off the list. Which was surprising! With all the buzz, I thought for sure I’d adore it, but I’m not sure I like it any better than the 1994 version. I have more to say on that, and will be reviewing it for The Common, but I wanted to give it an honorable mention. Two other movies that also deserve a shout-out are Atlantics and The Farewell.

Before I dive into the list, I want to mention several movies that I didn’t get a chance to see that might have made the list: Fast Color, One Child Nation, Hail Satan?, Little Joe, and Varda by Agnès.

Okay, with those caveats out of the way, here we go, in no particular order, my favorite woman-directed films of 2019 . . .